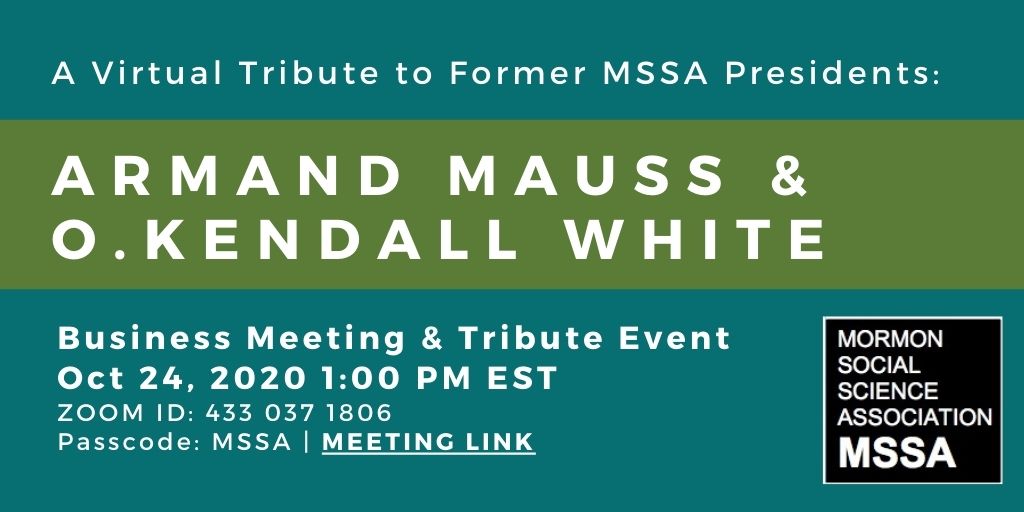 In lieu of our 2020 conference, which was cancelled because of the COVID pandemic, the Mormon Social Science Association will conduct a virtual business meeting via Zoom, Saturday, October 24 at 1:00 PM, EST. Following the business meeting, a tribute session hosted by Jana Riess will convene to honor the professional lives and legacies of Armand Mauss and Kendall White, both of whom were former MSSA presidents. Tribute speakers will be Gary and Gordon Shepherd, Daryl White, and David Knowlton. All MSSA members and other interested parties are encouraged to join with us virtually by clicking on the link below. We anticipate the tribute session will run from 2:15 to 3:30 PM, EST. Any Questions concerning these two events may be directed to Jana Riess (flunkingsainthood@gmail.com) or Gordon Shepherd (gordons@uca.edu). 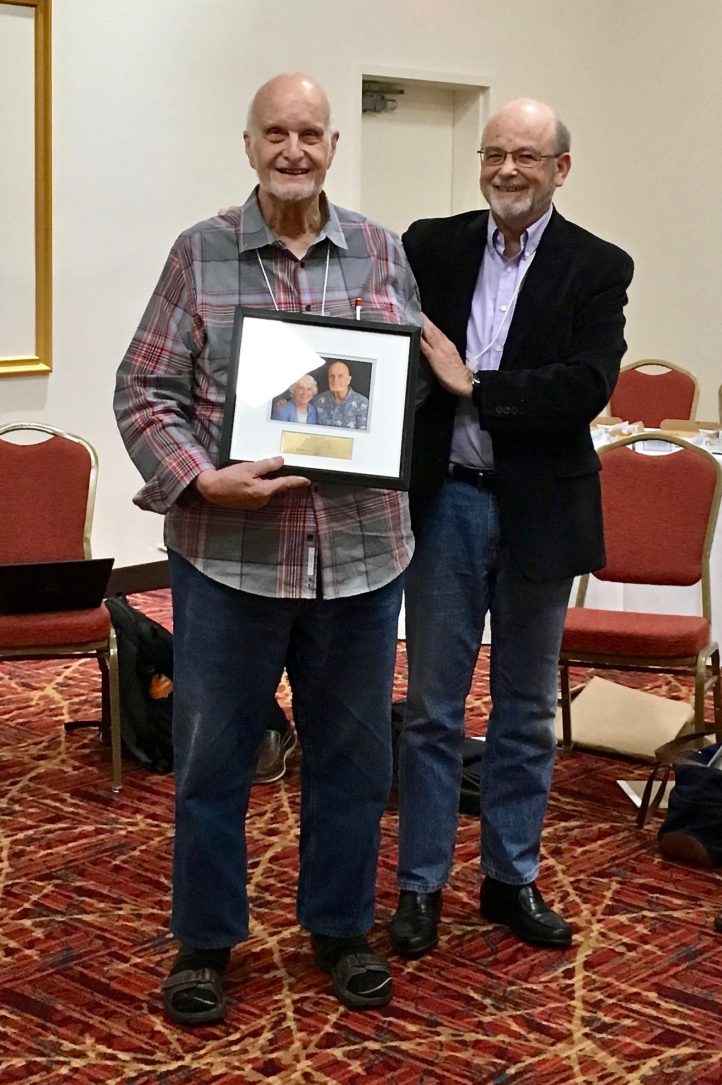